All Collections
Fantasy Football
League Setup
How do I set positional limits?

How do I set positional limits?

Learn how to set maximums for each roster spot

On Sleeper, you can set positional limits and modify them as needed. This is something that can be done pre-draft or at any point during the season.

You can find these options in your Roster Settings (in the mobile app only), you'll see a tab at the top where you can set your roster spots, and then a second tab where you can actually control the limits: 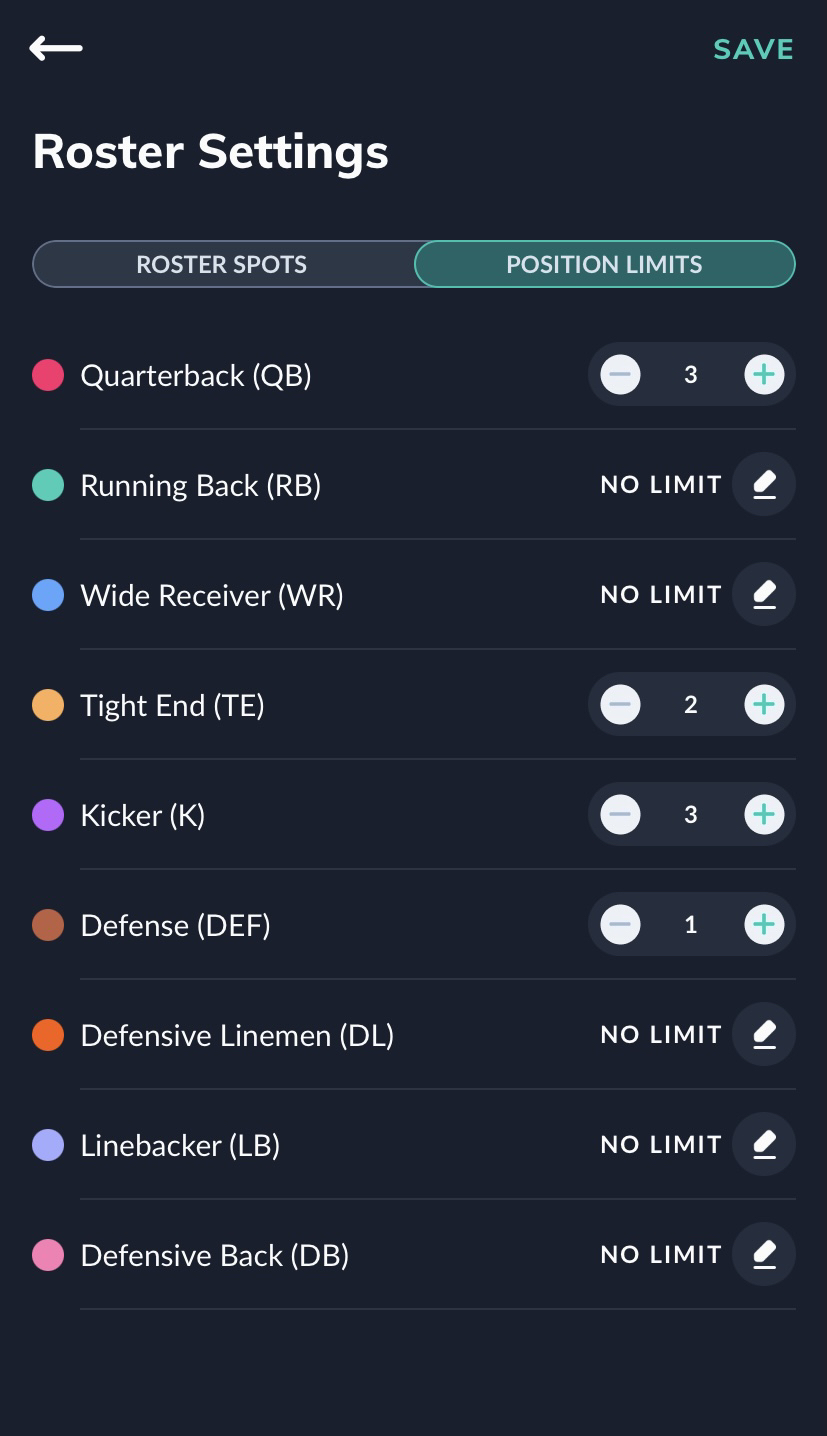 Commissioners also have the ability to choose whether the limits are enforced during the draft, this setting is enabled by default.

This setting can be found in Draft Settings under the Draft Order, as shown below: 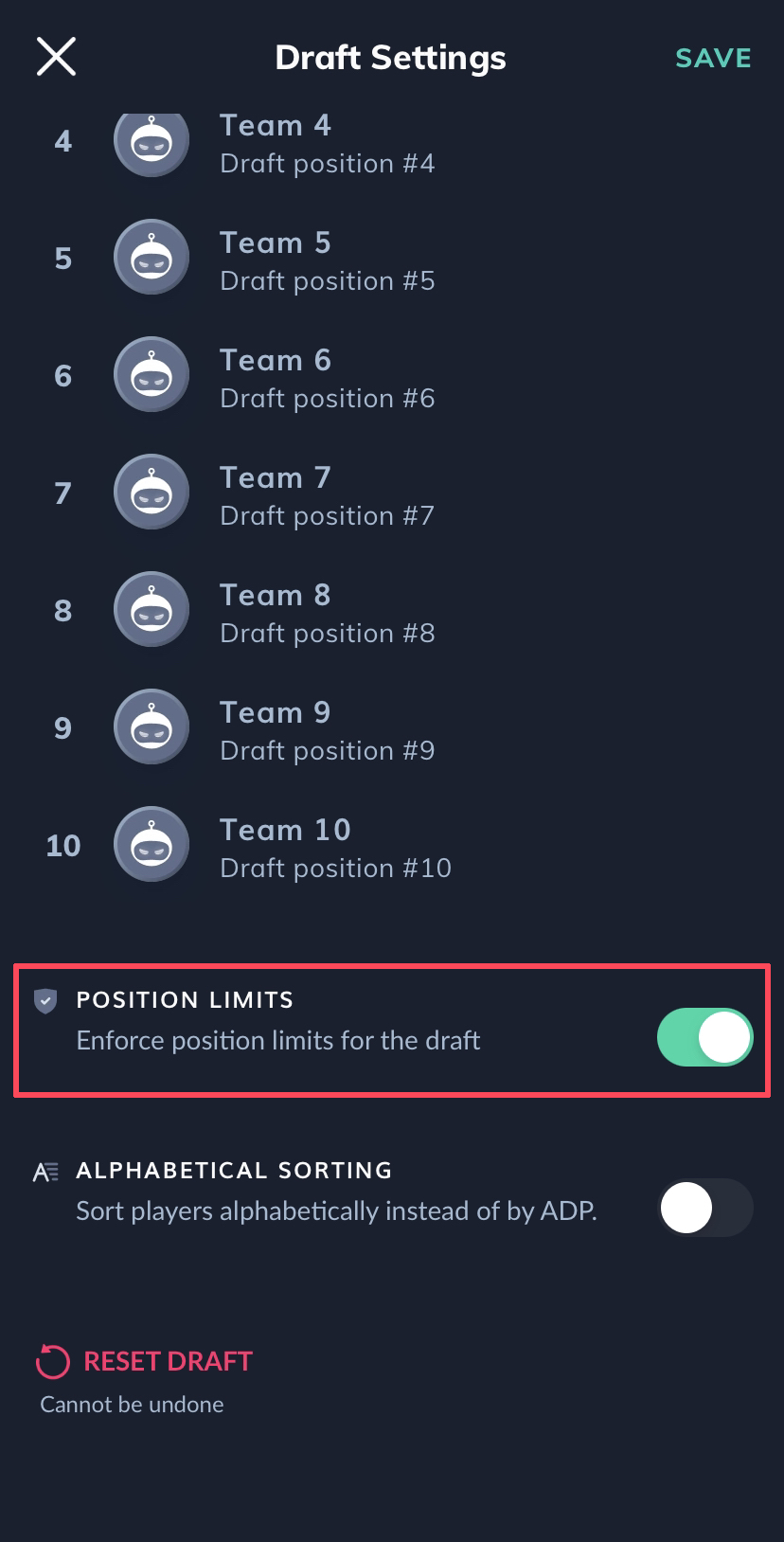 This feature is currently only on mobile, both iOS and Android. However, the limits will still apply for web users, that way everyone will be following the limits. This will be coming to web at some point in the near future.

That is how you can set up positional limits for your leagues, if you have any questions, please feel free to reach out to us at [email protected].