Learn the different kind of leagues we offer

With a regular season of 72 games, playing fantasy basketball can sound like a lot of work.

We kept that in mind when building fantasy basketball on Sleeper.

Our team has developed a brand new format that is unique to Sleeper in an effort to create more strategic gameplay and re-shape how fantasy basketball is played moving forward.

One game per week per player will count toward your matchup score. You have the ability to pass on a game or lock it in after it's completed.

After your player plays a game, you may "lock-in" that game to count towards that week's fantasy score. The catch here is that if you want to lock it in, you must do so before that player starts their next game.

Once you lock-in a player's game, you cannot lock in that player again for the remainder of the matchup week. You also cannot swap that player into a different positional spot.

Game Pick is all about making weekly coaching decisions to navigate your team to victory. This mechanic introduces strategic depth, ups the stakes, and brings consequences to your choices.

Every week, owners must choose one game for each starter to count toward their team's total score.

So if James Harden has three games this week, you must select which one you want to play him for. As soon as your player's selected game has started, it cannot be adjusted. If you don't make any selection, it will default to the player's final game of the week.

Your weekly matchup will begin with Monday's games and end after Sunday's games. You can set and adjust your lineup throughout the week as long as your players have not started a game that you selected.

In the screenshot below, you'll see that Davis Bertans has three scheduled games this week. By default, his final game of the week is selected as the one where his stats will count for my team.

I am free to switch out a PF at any time during the week as long as neither has played. 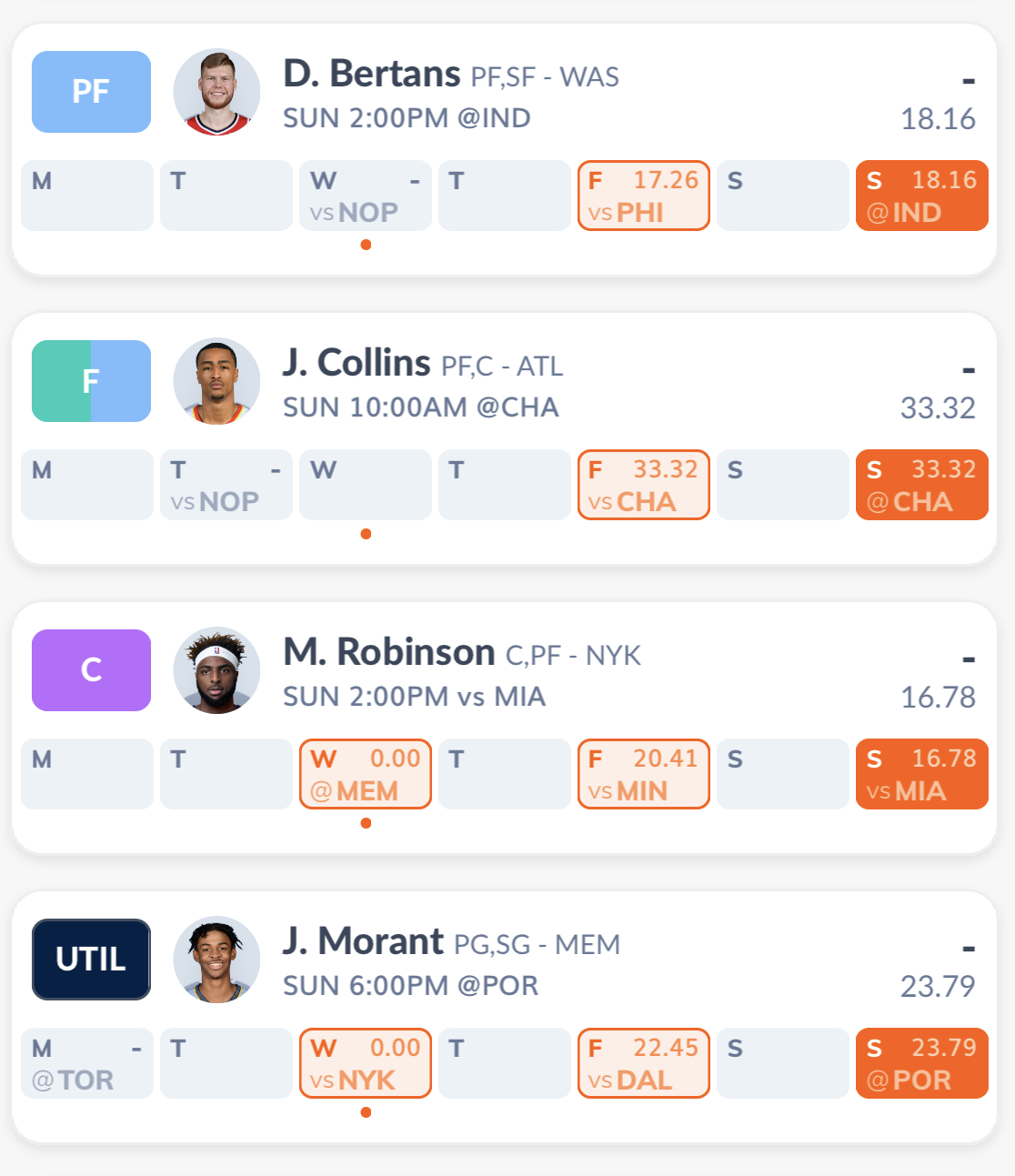 The more traditional game modes were problematic in the sense that players and teams had imbalanced schedules. Often, your opponent would have an NBA player who had 4 games in a week, while some of yours had just 2. It would be easier for your opponent to accumulate points for that weekly matchup.

It was also too easy for users to add free agents and load their lineup on Saturdays and Sundays.

With these two modes, we can replicate the weekly strategy that is evident in fantasy football. Your decisions on who to start and when will be a big factor in your matchup and will still give you that feeling of a General Manager.

Sleeper provides all the research information right at your fingertips. All you have to do is decide.

Can you separate the signal from the noise?

Or will your indecisiveness cause your team to flame out?

Will you offer other game formats in the future?

While we understand the Game Pick and Lock-In may not be what fantasy basketball players are used to, we believe it is the most engaging format and that our users will highly enjoy the experience.

Formats such as Rotisserie, Head-to-Head, 9-Cat, or others -- may be considered down the road, but we don't have any plans to offer them at this time. Lock-In is the default option for now and we hope you look forward to trying it out.

Choosing the right format for your group may depend on the level of complexity everyone is looking for, as well as their long-term commitment to the league. We support up to 22 teams for fantasy basketball leagues.

If you want to start simple and work your way up, you can always update your league format anytime during the season, before the start of the next season.

Managers can select a pre-determined number of players from their current rosters whom they'd like to keep for the next season.

A keeper cost is typically added onto this, but depending on your league's rules this cost can vary. Generally, if you drafted James Harden in the 1st round and decide to keep him, your league can have that be in place of your 1st round pick. The keeper cost is league-specific.

Teams carry their entire roster over to the next season. Much of the experience's value is derived from the long-term nature of the format and connection built with your team and its composition of players.

Fortuitous choices and costly mistakes are magnified and tend to compound over time as the results of these decisions may create super teams or even dynasties. 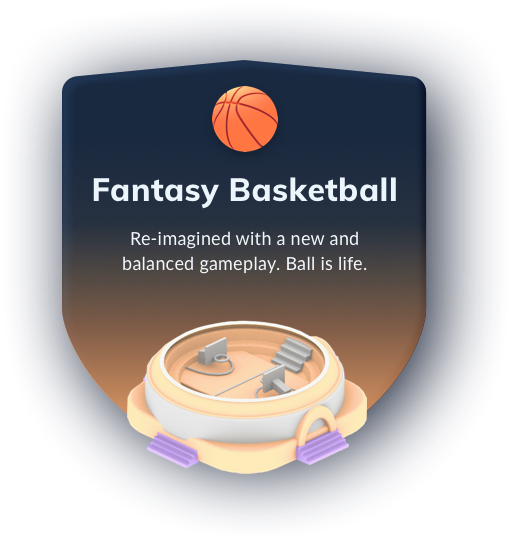