All Collections
Fantasy Football
FAQ
Can I set tiebreakers?

Can I set tiebreakers?

Learn how you can manage these in your league

It is completely possible that your fantasy regular-season matchup ends in a tie. It's very unlikely, especially depending on your scoring settings, but it can happen!

We do not offer any sort of tiebreakers for regular-season matchups, so you'll just get a tie added to your record.

If you do not want ties, you can use the commissioner control option (web app only). You'll want to select the Recalculate Weekly Matchups option and adjust the point total. 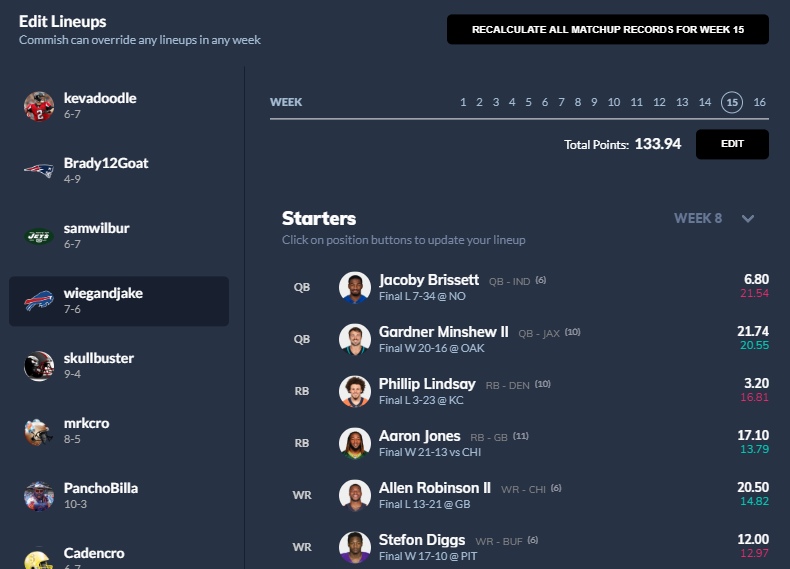 Once you do, it will trigger a message in the league chat to show that you altered a team's points. This is intentional and we do not have a way of disabling that alert.

If two or more teams have the same record in your standings, the tiebreaker by default is:

Tiebreakers beyond that is a coin toss or can be determined by another metric the commissioner sees fit via custom seeding.

So if you want head-to-head to be the tiebreaker, you can still manually put that team in the playoffs.

If any playoff matchups end with a tie score, the winner is automatically the higher seed.