All Collections
Fantasy Football
Trading
Can I trade during a draft?

Can I trade during a draft?

Learn how trading players and picks is possible during drafts

Can we trade players during a draft?

Yes. Trades are still able to be made during a draft, but only for previously owned players. You won't be able to trade a player who was just drafted. If a player was owned prior to the current draft, they can be traded at any time. 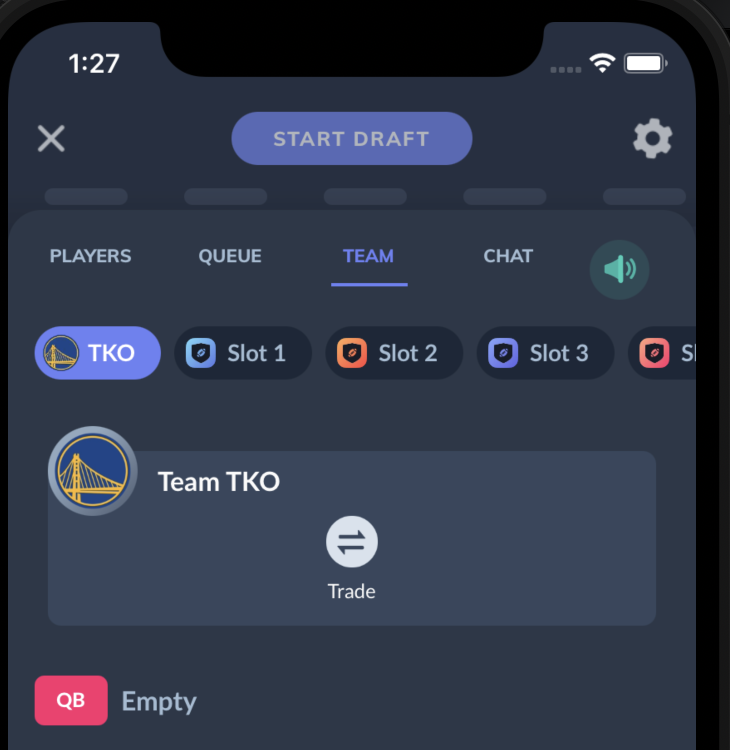 Can we trade draft picks during a draft?

Yes, you can trade picks as normal and they will update on your league's draftboard.

What happens if I trade for a pick that is on the clock?

Often times, a team owner will want to trade their current pick while they are on the clock. This is allowed, but keep in mind that the pick timer will NOT reset for the new owner. 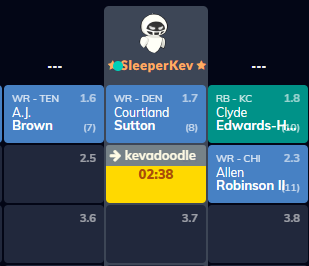 Example: In the image above SleeperKev had 10 minutes to make a pick. The pick was traded to Kevadoodle, but the timer does not get reset to 10 minutes. Kevadoodle acquires the pick where it left off.

Can I add or drop players during a draft?

Once any draft begins, all rosters become locked. This means that you're not able to add or drop any players. Any pending waiver claims will remain on hold until the draft is complete, even if they pass the normal waiver processing time.

You are allowed to draft over the roster limit.

Can commish force add/drop players during a draft?

The commissioner can use the commish tools to force add any player to a team at any time.

The commissioner can also force drop any player from any team, except players who were taken in the current draft. They can click on the specific tile in the draftboard to undo or edit a pick, though, which will have the same effect.