All Collections
Fantasy Football
FAQ
How do playoff teams get determined?

How do playoff teams get determined?

What is the tiebreaker for teams with the same record?

The number of teams that make the playoffs is determined by your league. This can be modified anytime up until the playoffs begin.

Playoff seeding works differently for leagues with and without divisions.

Once a team is guaranteed a playoff spot in any league, they'll have an asterisk (*) next to their name in the league standings.

In leagues without divisions, the top teams make the playoffs. To determine seeding, we look at the following in this order:

So if you want head-to-head to be the tiebreaker, you can still manually put that team in the playoffs. 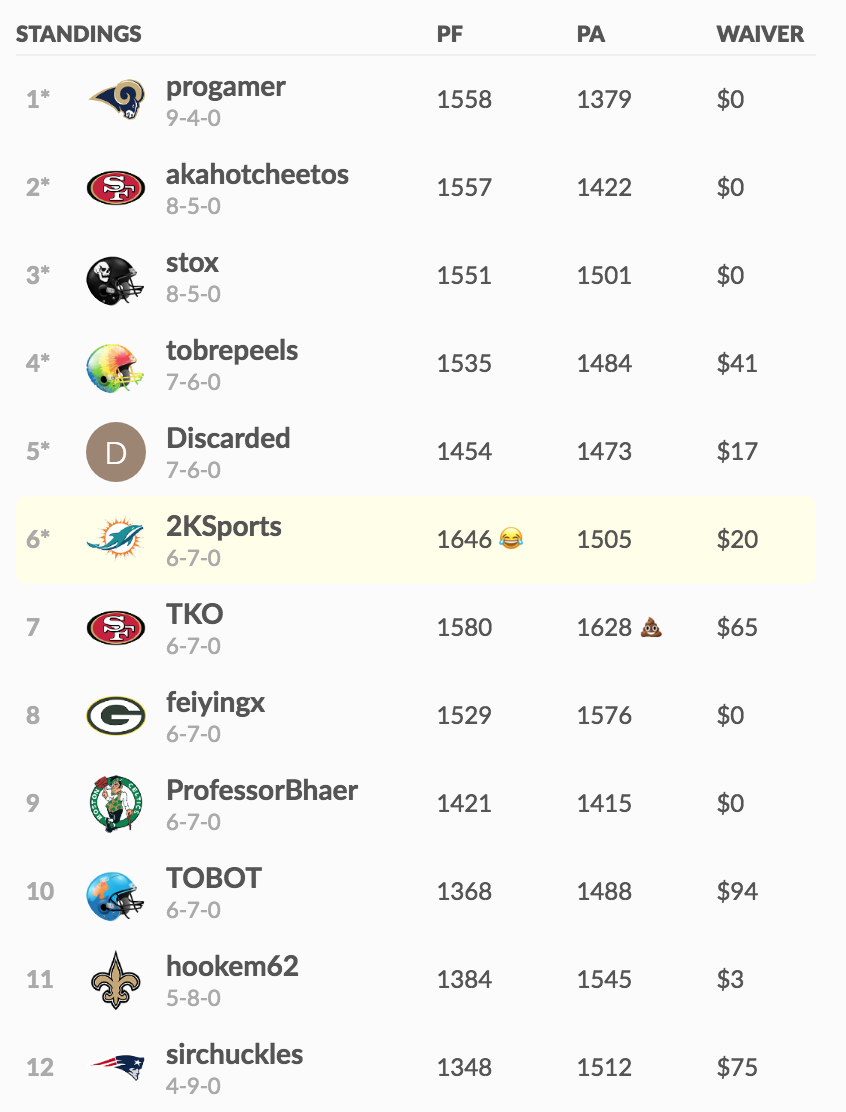 In leagues with divisions, the winners of each division automatically make the playoffs.

In 6-team playoff leagues, the bye week goes to the 2 division winners with the best record, based on Overall Record > Points For > Points Against.

Any remaining playoff slots are filled by teams that did not win the division, and seeding is sorted by Overall Record > Points For > Points Against.

This can be customized by modifying the standings manually via custom seeding the week leading up the playoffs if you play by different rules.