How does FAAB bidding work?

What if two teams bid the same amount?

FAAB bidding provides you with a budget during the season for free agents and uses a blind bidding process to select people off free agency each week. The highest bidder for each player wins the claim! 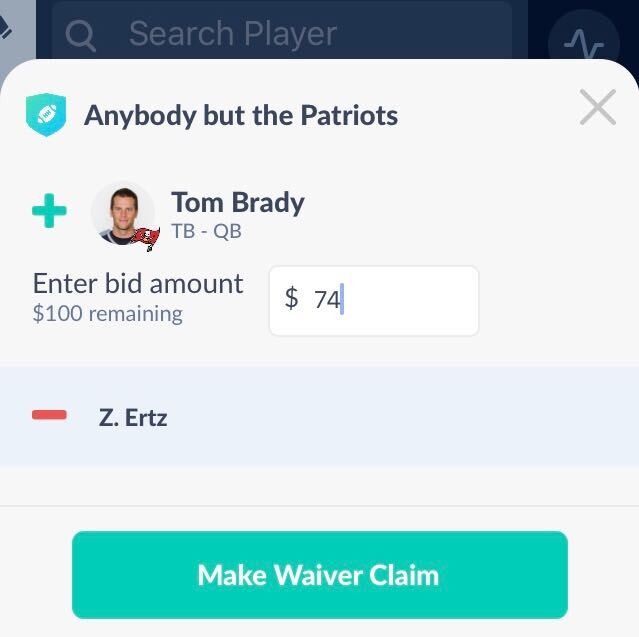 The default budget is $100, but the commissioner can adjust the budget as they see fit.

As you start entering multiple claims, you'll be able to see all of these under your team -> Transactions.

This is where you can view all of the pending claims you have. Here, you can press on the settings icon to edit the bid or cancel it.

The waiver priorities are based on the bid amount. You can only update the waiver order for bids with the same amount. 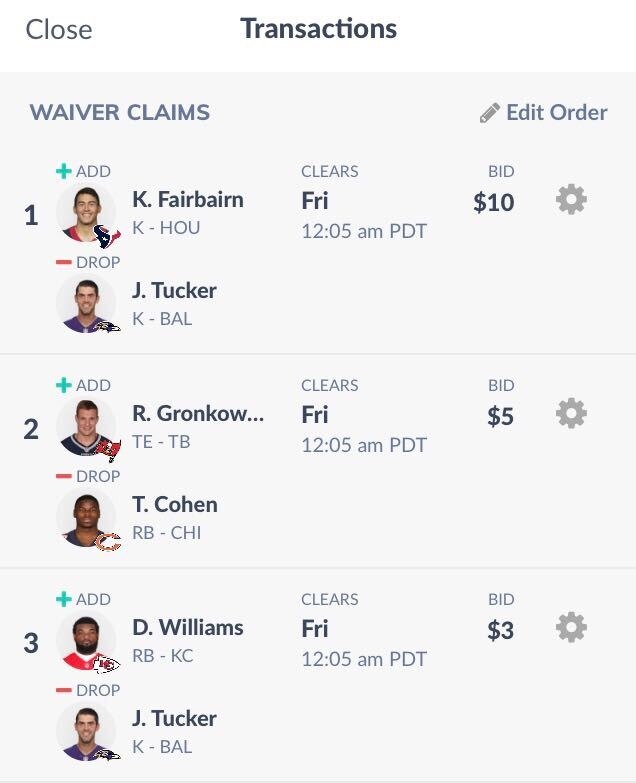 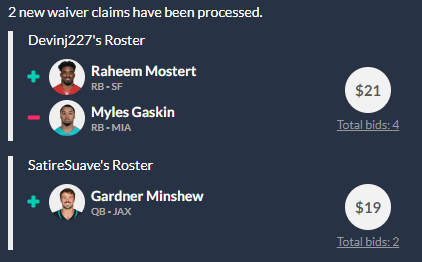 You can then press on the dollar amount to the right of the players to see a more detailed view of all of the bids that were submitted: 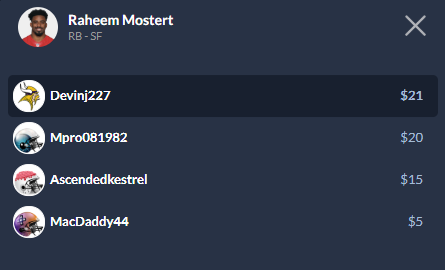 If two or more teams bid the same amount, the tiebreaker comes down to waiver wire priority, which acts as rolling waivers.

If you successfully claim a player through waivers at any time, you go to the end of the list, while everybody else moves up by one. If you make any free agent acquisitions, it will not affect this priority order.

The waiver wire priority can be found in your league's standings and can be adjusted by the commissioner if desired.

You are able to trade FAAB at any time.

Keep in mind that the FAAB budget you create at the beginning serves as a maximum. So if a team acquires more than that initial limit, it will revert.

You'll have to increase that max and then adjust the team's amount. You can increase the maximum in your general settings shown in the photo below: 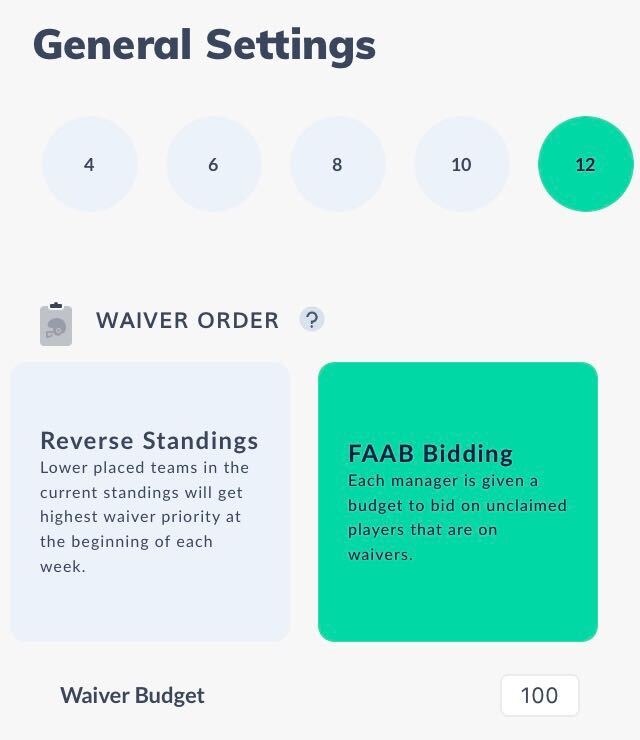 On Sleeper, the minimum bid for a player is $0. That's our default option, but the commissioner can adjust that in the General League Settings. 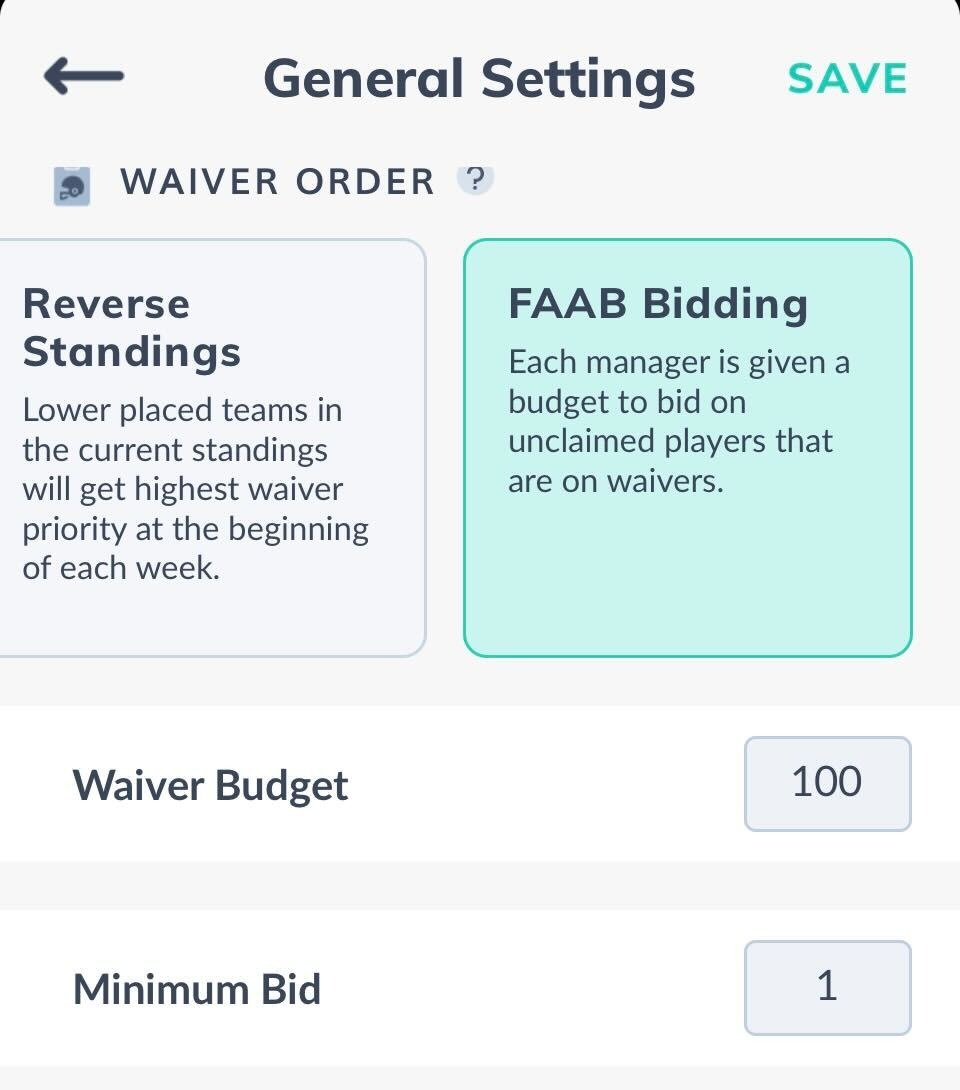 The commissioner can edit anybody's budget via the mobile app by going to commish settings.

The FAAB amounts do not roll over automatically from season to season and it will never reset. The commish has to manually set that as needed.

You can learn how to adjust FAAB budgets here.

In some instances, you may see teams that had entered a higher bid but lost the claim. These teams will have "(Invalid)" listed next to them.

Learn why claims can be deemed as invalid.